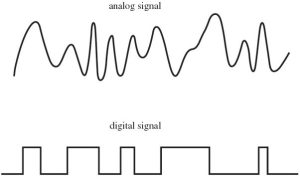 Analog: Data is transferred via electronic signals of diverse frequency or amplitude. Some common examples of Analog technology are broadcast and telephone transmission.

Digital: Data are generated and processed in either of two states – 1 (High) and 0 (Low). Digital technology uses binary (1s and 0s) to transmit and store data. 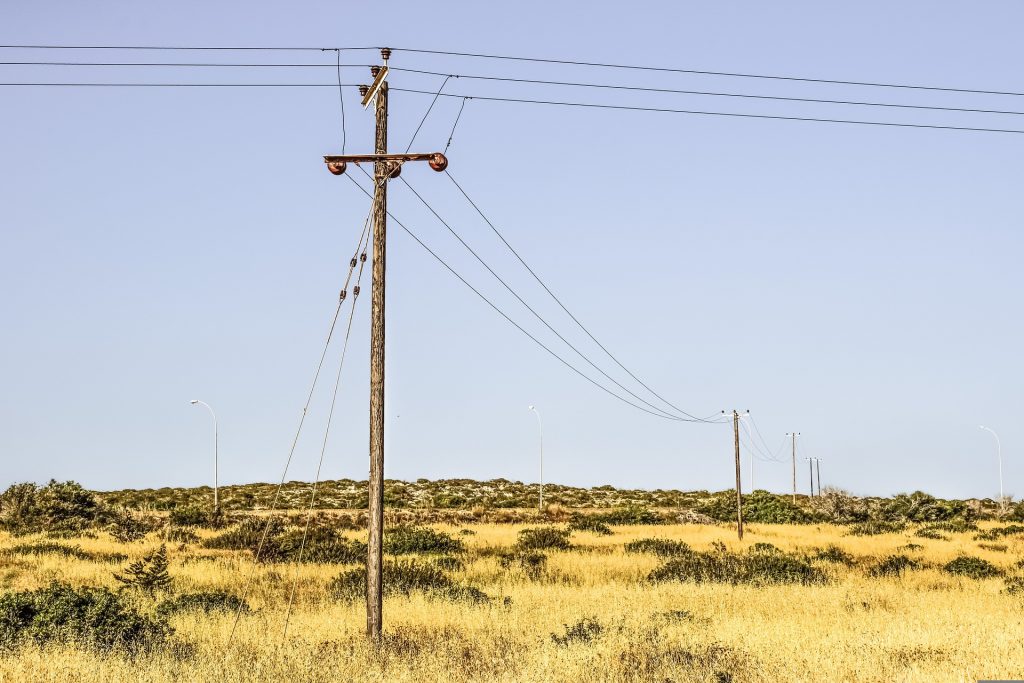 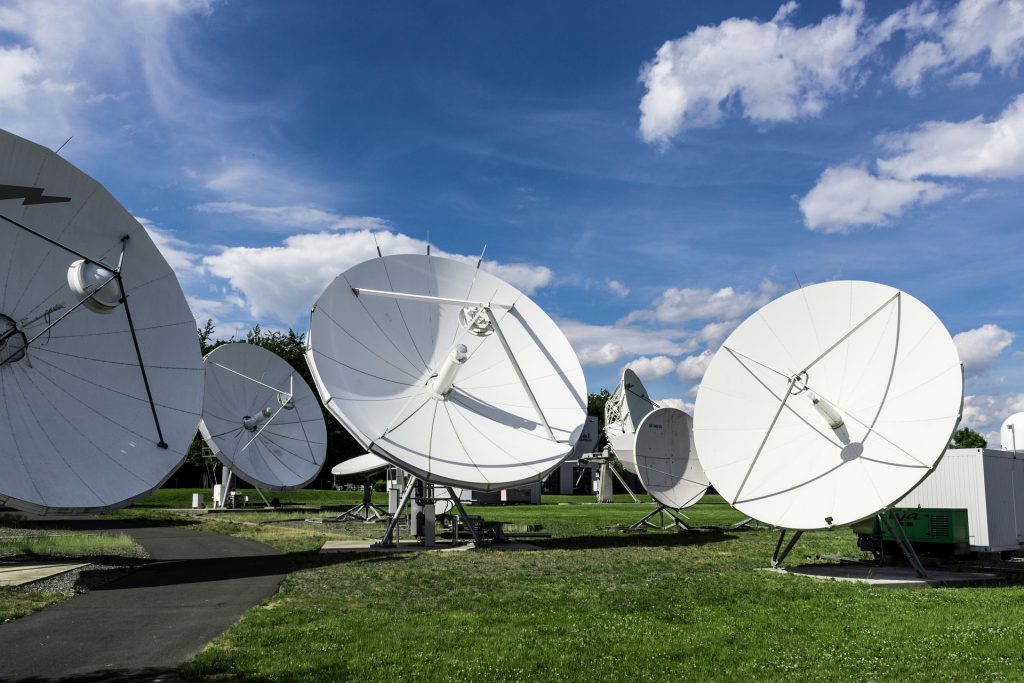 The original message signal is superimposed with high amplitude and frequency wave (carrier wave) as they are unable to be transmitted over a large area due to the limitation caused by their low amplitude and frequency. The process of superimposing the message signal with a carrier wave is called modulation, creating a modulated wave which is to be transmitted.

It is the opposite of modulation. The process of separating message signals from the carrier wave occurs in the demodulator. The information is retrieved from the modulated wave.

Message or information is the unit needs to be transmitted. It can be in the form of audio, video, temperature, picture, pressure, etc.

A device which converts one form of energy to another. An electrical transducer converts physical variables (E.g., pressure, force, temperature etc.) into corresponding electrical signal variations.

The single-valued function of time that carries the information. The information is converted into an electrical form for transmission.

The electronic circuit or device that increases the amplitude or the strength of the transmitted signal is called an amplifier. When the signal strength becomes less than the required value, amplification can be done anywhere in between transmitter and receiver. A DC power source will provide for the amplification.

It is the arrangement that processes the message signal into a suitable form for transmission and subsequently reception.

A channel refers to a physical medium such as wire, cables, space through which the signal is passed from the transmitter to the receiver. There are many channel impairments that affect channel performance to a pronounced level. Noise, Attenuation and distortion to mention the major impairments.

Noise is one of the channel imperfection or impairment in the received signal at the destination. There are external and internal sources that cause noise. External sources include interference, i.e. interference from nearby transmitted signals (cross talk), interference generated by a natural source such as lightning, solar or cosmic radiation, automobile generated radiation, etc. The external noise can be minimised and eliminated by the appropriate design of the channel, shielding of cables. Also by digital transmission external noise can be much minimised.

Internal sources include noise due to random motion and collision of electrons in the conductors, thermal noise due to diffusion and recombination of charge carriers in other electronic devices. Internal noise can be minimised by cooling and using digital technology for transmission.

Attenuation is a problem caused by the medium. When the signal is propagating for a longer distance through a medium, depending on the length of the medium the initial power decreases. The loss in initial power is directly proportional to the length of the medium. Using amplifiers, the signal power is strengthened or amplified so as to reduce attenuation. Also, digital signals are comparatively less prone to attenuation than analogue signals.

It is also another type of channel problem. When the signal is distorted, the distorted signal may have frequency and bandwidth different from the transmitted signal. The variation in the signal frequency can be linear or non-linear.

An arrangement that extracts the message or information from the transmitted signal at the output end of the channel and reproduces it in a suitable form as the original message signal is a receiver.

Repeaters are placed at different locations in between the transmitter and receiver. A repeater receives the transmitted signal, amplifies it and send it to the next repeater without distorting the original signal.